Westpac Banking Corporation have just announced the issuance of its Tier 2 10NC5 subordinated notes at a final price guidance of 4.65%. These bonds can be redeemed only after 5 years and carry a maturity date of 10 years at 7 September 2032. If these bonds are not called on 7 September 2027 (5 years), these bonds will be reset at the prevailing 5 year SORA OIS plus the initial margin of 1.751%. The primary method of loss absorption for this issuance is conversion and can be subjected to possible write off. Therefore, upon a non-viability trigger event, the issuer may be required to convert all or some subordinated instruments. If this conversion does not occur when deemed necessary within 5 business day of the non-viability trigger event, then the relevant Holders’ rights and claims in relation to such subordinated instruments are immediately and irrevocably written off. Any early redemption is subjected to APRA’s prior written approval. The bonds comes with a semi-annual coupon repayment schedule at every 7 March and 7 September each year with the first payment set on 7 March 2023.

A non-viability event is considered when a written determination from Australian Prudential Regulation Authority (APRA) deems that the issuer will require:

Westpac is an Australian bank and financial services provider headquartered in Sydney, Australia, with a market cap of AUD 74.676bn as of 30 August 2022. Westpac is considered one of the four major banking organizations in Australia and comprises six major divisions: Consumer; Business; Westpac institutional bank (WIB); New Zealand; Group business and Specialist business. The bank is listed on both the Australian and New Zealand Stock Exchange (ticker: WBC). Westpac has a credit rating of Aa3/AA-/A+ (Moody’s/S&P/Fitch) and the expected rating for this issuance is Baa1/BBB+ (Moody’s/S&P).

For the first half ended 30 June 2022 (1H2022), Westpac net operating income was recorded $10.2bn, approximately 4.2% lower YoY as compared to $10.6bn 1H2021. Net Profit attributable to owners also experienced a decline of 5% YoY from $3.44bn in 1H2021 to $3.28bn in 1H2022. This reduction was mainly due to a $511 million turnaround in impairment charges, which resulted in a lower net profit in 1H2022. Net interest margin for the group decreased by 24 bps from 1H2021. This decline was mainly due to a decrease from loans due to lower spreads on new mortgage lending, competition, and increased volume of lower spread products. Additionally, unfavourable changes in the portfolio mix from reduced balances in higher spread personal lending also contributed to the lowering of net interest margin.

In terms of credit views, Westpac bank’s 3Q2022 CET1 ratio stood at 10.75%. This is slightly lower than the previous quarter’s CET1 ratio of 11.33% due to payment of the 2022 interim dividend; an increase in interest rate risk in the banking book (IRRBB) risk weighted assets (RWA) from increased market interest rates over the quarter; and higher deductions for capitalized software and other regulatory deductions. Despite the slight decrease, the Westpac CET1 ratio is still above the capital regulatory requirement. Westpac’s RWA in 3Q2022 is recorded at $478bn. This is $18bn or 3.9% higher QoQ as compared with its RWA in 2Q2022, which is $459bn. This increase was similarly contributed by the increase in IRRBB RWA which was driven by the regulatory embedded loss from increased market interest rates. The Liquidity Coverage Ratio for Westpac in 3Q2022 was at 130%. This is 7% lower from the previous quarter at 137% but is still comfortably above the regulatory minimum of 100%. This decrease was mainly driven by a second reduction to Westpac’s allocation of the Committed Liquidity Facility (CLF). Lastly, the bank’s leverage ratio is at 5.35%. 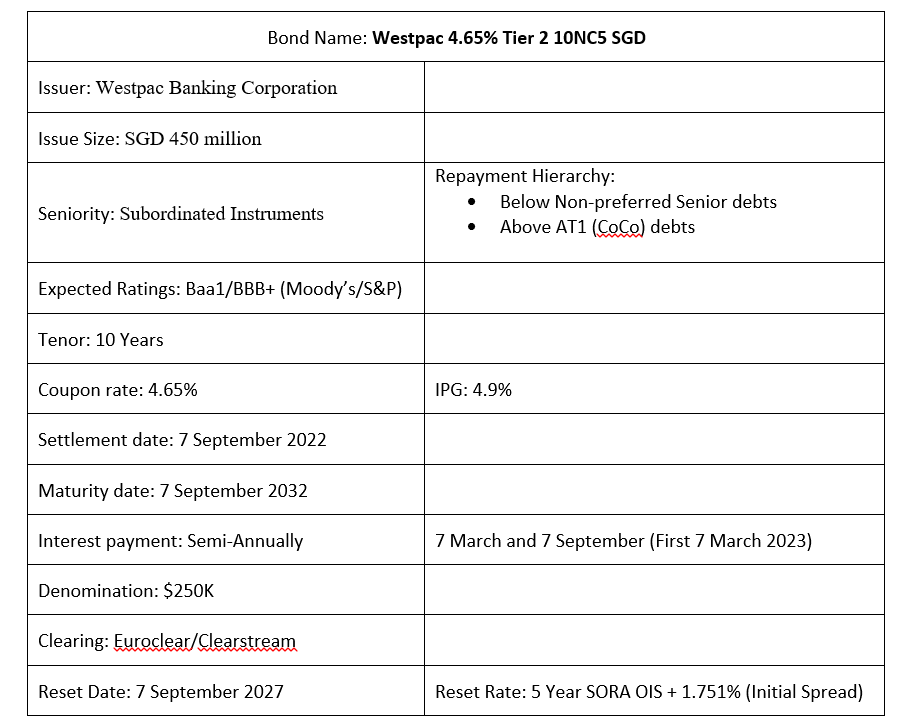 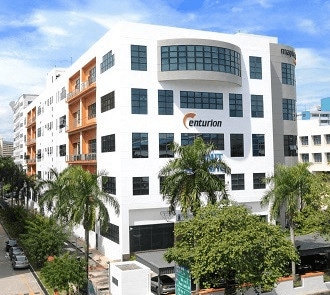